Requiem for a dream 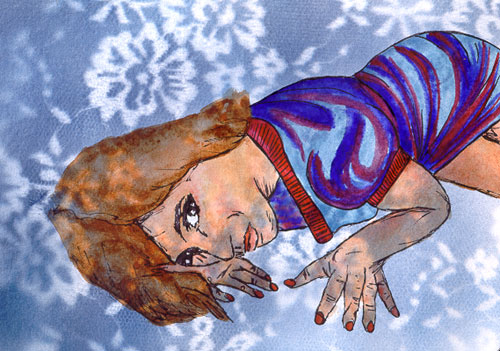 A few days ago a saw the movie " Requiem for a dream". It is a film directed by Darren Aronofsky (the one from "black swan"). I was really impressed of the music, the scenes and the cuts he made. The film depicts different forms of addiction, leading to the characters’ imprisonment in a world of delusion and reckless desperation that is subsequently overtaken and devastated by reality. "Requiem for a dream" charts four seasons in the lives of Sara Goldfarb, her son Harry, Harry’s girlfriend Marion Silver, and Harry’s friend Tyrone C. Love. Each character is ultimately destroyed by addiction and self-delusion.
Lost in misery, each character curls into a fetal position.
If you're into movies, you should watch this one!
Posted by Unknown at Wednesday, March 09, 2011