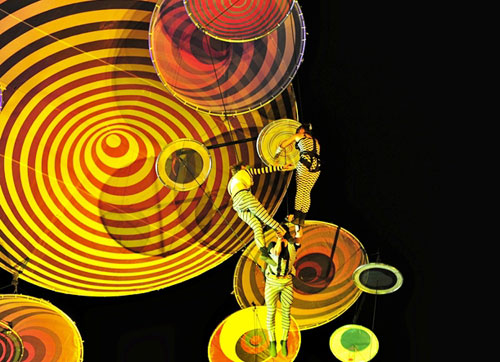 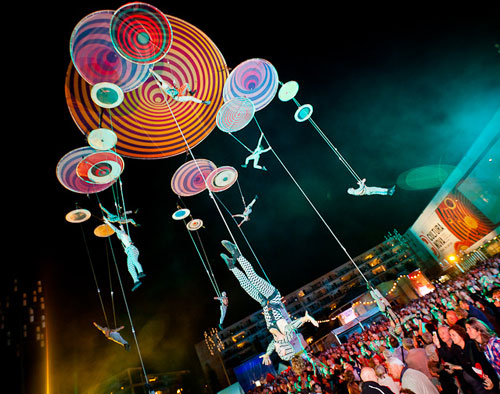 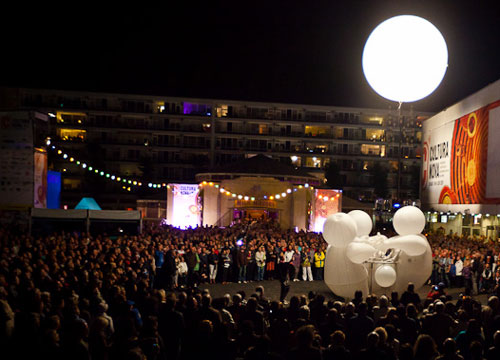 Friday night I went to the opening of Cultura Nova. It's a multidisciplinary summer festival which offers a varied programme for adults and children over the course of ten days, including theatre, dance, visual arts and film.Cultura Nova aims to amaze, evoke wonder and surprise, and to introduce a new audience to unconventional forms of theatre, dance, music, film and visual arts as well as to productions that explore and cross the dividing lines between the individual disciplines. Artists and ensembles from various countries will aim to move the audience in various – special - locations and stages throughout Parkstad Limburg and over the border in Germany. The openig show was done by Voalá Project, which is a Spanish/Argentine company. It was really amazing, you can see it a bit in the first two photo's. I would love to be part of such a show!
The last photo shows 3 people on stilts in white clothes. At one moment they started to blow-up and transformed into these bubble-people. It looked wonderfull, especially when the lights inside the bubbles got on.
Posted by Unknown at Monday, August 29, 2011